What’s Your Earliest Musical Memory? with Princeton Alumni of Classes ’13-’20

Over the Thanksgiving holiday, we reached out to alumni who were all active members of the Music Department community and asked them to share their earliest musical memory. The following responses were provided in November 2022.

I started a “Singing Academy” for my classmates during recess in elementary school. Although I had never had a singing lesson myself and misspelled “Academy” on the flyer, it was a formative experience: it was the first time I’d sung with other people in any organized way, something I now can’t imagine my life without.

My first musical memories are of trying out my first (and very small) cello for the first time. I wasn’t even using the bow, just plucking the G and C strings, and I remember feeling incredibly excited about the sounds I was making.

When I was very young, nearing my third birthday, I was sitting in my favorite little blue plastic chair with red legs in front of our small TV. Mister Rogers’ Neighborhood, my favorite show, was on, and he was showing me musical instruments. I liked the sound of the violin and I suddenly turned to my parents who were in the kitchen and loudly announced to them, “Mommy, Daddy, I want a violin and a stick!” They got me a 1/16th size violin for my Christmas/my birthday and the rest is history.

My earliest musical memory is waving a chopstick wildly in the air while listening to a Beethoven symphony on full blast.

Before I went to choir camp for the first time at age seven I remember being really worried I wouldn’t understand the meaning of the conductor’s hand motions!

My earliest musical memory is a Fisher-Price keyboard that my parents bought me when I was three. It had a color-based music book and was my first stepping stone to playing the piano.

I remember listening to the cast album of the musical Oklahoma! From then on, I was constantly soaking up musical theater albums in my living room as a kid and singing along to them until I knew them by heart.

Head of Voice at University of Otago and co-founder of Octagon Ensemble; Dunedin, New Zealand

My earliest musical memories are of my mom always forcing me to play the piano. I really disliked practicing, but her diligence in encouraging me to play for an hour a day has truly changed the quality and trajectory of my life.

It’s hard to pin down my earliest musical memory, having grown up in a family of organists, but I’d probably have to say my mom taking me with her to church to practice. I would play with my blocks or color for hours each day to the soundtrack of Bach fugues and Anglican hymns.

When I was four years old my mom and I dressed up as Bob and Larry from VeggieTales and performed a duet at a church talent show. I think the costumes were just red and green clothes with matching berets.

Outreach Manager of the Princeton Department of Music; New Jersey

When I try to remember a “first” musical memory, what surfaces are a few notes from a medley of fragments — my dad singing to me in my crib in counterpoint to my mom’s lullaby when I was slightly older; themes from Tchaikovsky’s “Children’s Album,” played at my toddler dance class giving way to orchestral themes from his “Nutcracker” and “Swan Lake” ballets at the Odessa Opera House (where I was famous as the youngest and quietest attendee!); the opening of Beethoven’s Violin Concerto serving as my childhood alarm clock and Satie’s “Gymnopédies” gently rocking me to sleep at night. I am so grateful to my parents for setting in motion an uninterrupted musical soundtrack!

My dad used to walk over to the piano when I first started lessons and play “The Happy Farmer,” as if to prove he still retained something thirty years after his last lesson. It felt like such a triumph to finally learn to play it myself using the Suzuki method (and better yet, play it as a two-handed duet with him).

Ph.D. Candidate in Computer Based Music Theory and Acoustics at Stanford in the Center for Computer Research in Music and Acoustics; California

This isn’t something I remember, but my mom told me how I cried constantly as a baby and toddler. My parents thought music might help calm me down, so they played calming music (classical, smooth R&B). But this didn’t work. Instead, the only music that pacified my tiny chaotic self was Greenday and the Ramones. “Twenty-twenty-twenty-four hours ago… I wanna be sedated.” Perhaps I subconsciously wanted to be less conscious (calmer) after all. 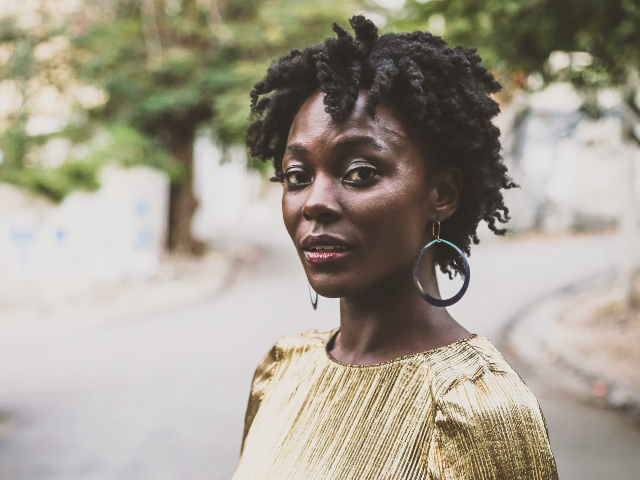