On Princeton’s Homepage: A Feature on the Course “Venice, Theater of the World” Michael Pratt, conductor of the Princeton University Orchestra and director of the Program in Musical Performance, has been named an honorary member of the Royal College of Music in London. Read … 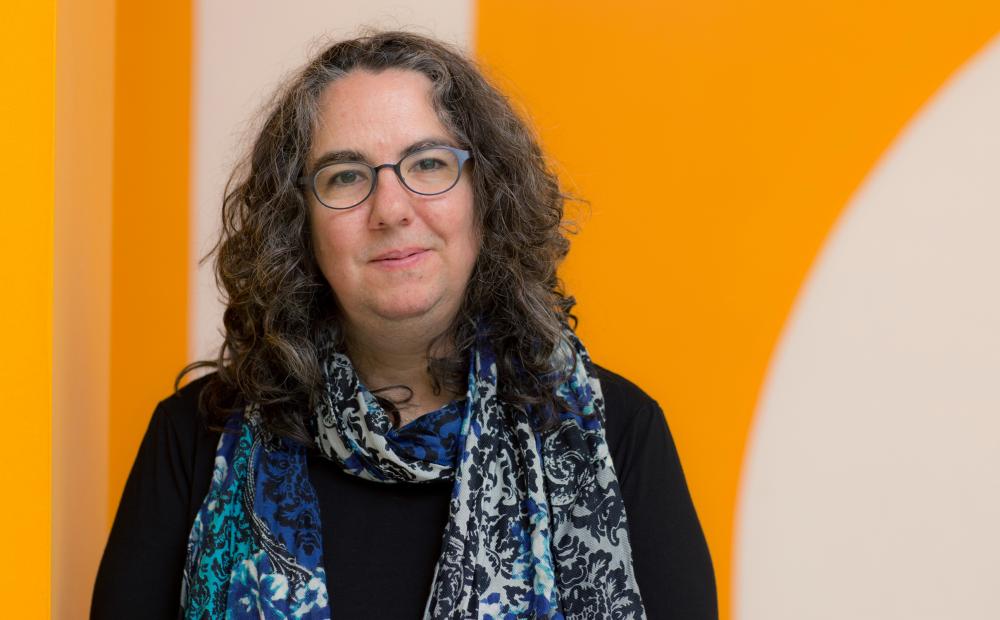 Barbara White: A Plea for Compassion

In an article titled “Barbara White: A Plea for Compassion,” Professor Barbara White speaks with Frank Oteri of New Music Box about her compositions, musical inspirations, and social challenges that inform her … On her 2016 album Duopoly, pianist and member of the Performance Faculty in the Music Department of Princeton University Kris Davis highlighted her deeply attuned artistry as never before. Conceived … The Anthony H. P. Lee ’79 Director of Jazz at Princeton University, saxophonist and composer Rudresh Mahanthappa has been named “Best Alto Saxophonist” in the JazzTimes 2017 Expanded Critics Poll, published in … “Sunspots,” on Carrier Records, will be released on Friday, January 26, 2018. After years of appearances on compilations and as a group member, Director of Electronic Music composer and improvisor Jeff … Professor Simon Morrison has written an essay in this month’s Playbill: “Experience Prokofiev’s Romeo and Juliet—Without Dance.” “This month’s all-Prokofiev program at the New York Philharmonic is an opportunity to experience … Eighth Blackbird in a Week-long Residency

The Department of Music is thrilled to host the MacArthur Award and four-time GRAMMY Award-winning sextet, Eighth Blackbird, in a week-long residency at Princeton Sound Kitchen, February 20-26, 2018.   Over … Congratulations to Barbara White and Juri Seo, both on the Music Department’s Composition Faculty, who have each received a commission from the Fromm Music Foundation at Harvard University.  Other recipients this year are Michael …

An article written by Emily Spalding for the Daily Princetonian on December 7, 2017 (link): As the euphonious sounds of piano and violin echoed down the hallway, Michael Pratt sat in … It has been an exciting week for Jazz at Princeton University. On the heels of the Creative Large Ensemble’s joining saxophone legend Archie Shepp on the Richardson Stage (a review by the prestigious … Congratulations to Rebecca Singer, a senior in the Department of Music, who is one of two current Princeton University students to have just been named a Schwarzman Scholar.  The Schwarzman Scholarship covers the cost …

Marna Seltzer, Director of Princeton University Concerts, has been recognized by Musical America Worldwide as one of its Movers & Shapers: Top 30 Professionals of the Year. This prestigious distinction, presented annually by … Article written by Denise Valenti, Office of Communications: “Princeton senior and Music Major Shruthi Rajasekar has been named a 2018 Marshall Scholar. The Marshall Scholarship seeks to promote strong relations between the United Kingdom … The Tenebrae Choir, in which Director of Vocal Activities Gabriel Crouch is a principal singer, has been nominated for their first GRAMMY award! The ensemble’s album Music of the Spheres: Part Songs of the British Isles is … PERFORMERS AS TEACHERS: THE MASTER CLASS AT PRINCETON Video and article by Nick Barberio, Office of Communications. Published on the Princeton University Homepage, 11/9/17. Most of the work in developing artistic … Olagón: a Cantata in Doublespeak is a new collaboration between Princeton University Department of Music Professor Dan Trueman, Global Scholar Iarla Ó Lionáird, and the Lewis Center for the Arts Professor Paul Muldoon, with … Congratulations to Gavin Steingo, our new Assistant Professor of Music, who has been awarded the Society for Ethnomusicology’s Alan Merriam Prize for his book Kwaito’s Promise: Music and the Aesthetics of Freedom in South … Originally published by the Princeton University Humanities Council: This past summer, a David A. Gardner ’69 Magic Project Grant enabled an undergraduate string quartet to participate in the Sarajevo Chamber Music Festival: workshops, master … Assistant Professor of Music Juri Seo is one of six composers awarded a commission from the Library of Congress’ Serge Koussevitzky Music Foundation. Established in 1949, the program awards commissions to “established composers …

Shruthi Rajasekar ’18, a Music Composition major pursuing a certificate in Vocal Performance, was one of three recipients of the 2017 Alex Adam ’07 Award administered through the Lewis Center for the Arts. The …